Excessive Daytime Sleepiness Disorders are a specific type of sleep disorders, whose core symptom is experiencing excessive sleepiness (ES) during the day. 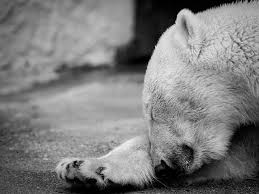 Sleepiness is an internal state preceding sleep characterised by a subjective feeling of itching and burning eyes, difficulty in keeping the eyes wide open, a sensation of heaviness in the limbs, loss of initiative and a strong desire for sleep.

The person suffering from excessive sleepiness is aware of having a lower alertness and he/she tries to defeat it but without succeeding.

ES can be a consequence of suffering from other disorders, such as:

Primary ES Disorders are caused by dysfunctions of the central nervous system.

Narcolepsy is a chronic neurologic disorder characterised by:

Idiopathic Hypersomnia is very similar to Narcolepsy but the auxiliary symptoms, such as cataplexy or hallucinations, are not present.

It is characterised by sleep attacks, less intense than the narcoleptic ones, but longer and not refreshing; night-time sleep is preserved, but people have difficulties in quickly shifting from sleep to wake.

Klein Levin Syndrome is a recurrent type of hypersomnia, characterised by an intense but temporary sleepiness that makes the person spend most hours of the day sleeping. In these periods, when the patient is not sleeping, he/she experiences compulsive megaphagia and hyper-sexuality. It tends to affect men more often than women. The episodes’ length is variable, but they tend to occur every 6/12 months.

This website uses cookies to improve your experience while you navigate through the website. Out of these, the cookies that are categorized as necessary are stored on your browser as they are essential for the working of basic functionalities of the website. We also use third-party cookies that help us analyze and understand how you use this website. These cookies will be stored in your browser only with your consent. You also have the option to opt-out of these cookies. But opting out of some of these cookies may affect your browsing experience.
Necessary Always Enabled

Any cookies that may not be particularly necessary for the website to function and is used specifically to collect user personal data via analytics, ads, other embedded contents are termed as non-necessary cookies. It is mandatory to procure user consent prior to running these cookies on your website.