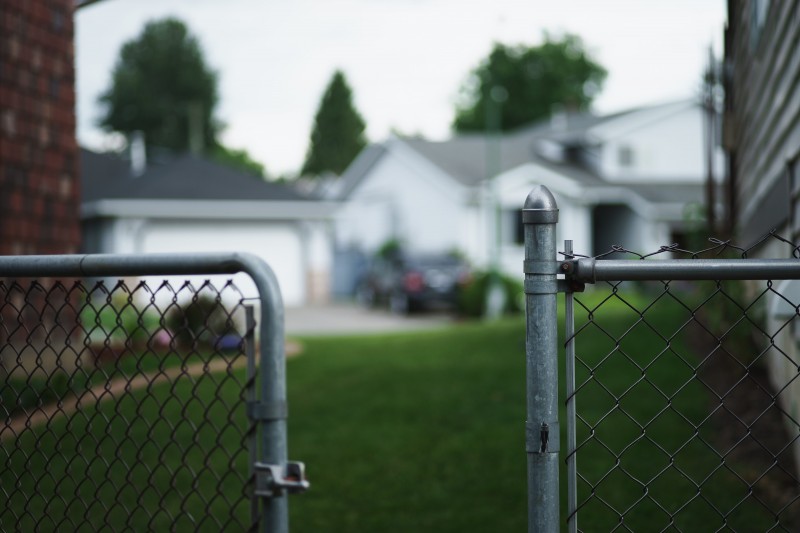 Psychiatrist Robert Leahy begins one of his books on anxiety and worry asking the readers quite a particular question: if you had to explain to a martian what anxiety is and how an anxious person resonates, how would you do it?

Usually we are so trapped by our worries and anxieties that we tend to get hooked on a sense of danger and urgency, not thinking about the thoughts that are causing and/or maintaining this psychological state.

Let’s see which are the common “rules” of thought that anxious people usually obey and that can be themselves, as a matter of fact, anxiety traps. These traps are considered by cognitive behavioural therapists the main constructs of anxiety, thus targeted by treatment.

If you suffer from anxiety and you recognise yourself in obeying these “rules of thought”, you may start questioning how useful they are and start to change your approach.

Cognitive behavioural therapy may help you change the way you resonate and cope with anxiety in a different way. 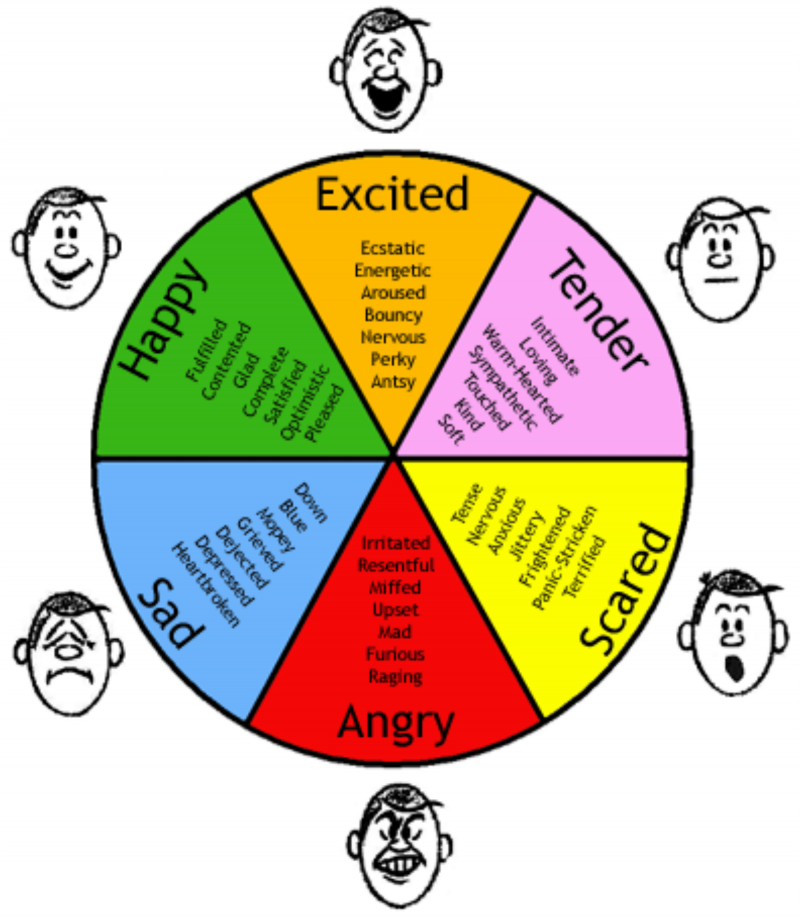 Psychotherapy and counselling are talking therapies, based on the assumption that talking and reflecting about our own thoughts, emotions and experiences are powerful tools to feel better and change. In particular, the role of emotions is fundamental in our daily life and too often they are not considered, mistreated, denied or swallowed. Emotions on the contrary are our own individual compass that indicates how well we are dealing with our life and our goals. Paying attention and taking care of them is a way of assuring a balanced and mindful psychological life.

In cognitive behavioural psychotherapy and in counselling, if the patient happens to be confused, overwhelmed or simply not used to pay attention to emotions, one of the first steps in therapy is acknowledging them. This process is called “emotions’ psycho-education” and it implies getting to know each of our emotions, their role, aim and physiological activation in order to discover how our mind is functioning. This usually works by monitoring everyday our affective reactions and discovering which thoughts and goals are related. Therefore recognising and labelling the emotions we perceive is the prerequisite for regulating them in a healthy way.

What scientific research is telling us?

Despite being a technique that has been used since the birth of counselling (and even earlier), it is only in recent times that scientific research has found the biological proofs of the powerful effect of labelling emotions. A research carried out by Lieberman et al. in 2007 clearly showed that affect labelling impacts the functioning of specific areas of our brain that are responsible for emotions’ processing and regulation. Specifically, translating feelings into words decreases the activation of a little region of our brain, the amygdala, that is responsible for automatic emotions activation.

If you find yourself in a period of strong emotional distress, you may consider talking it through in psychotherapy or counselling; talking therapies are an useful tool to better understand what is going on and to find different strategies to better deal with it. 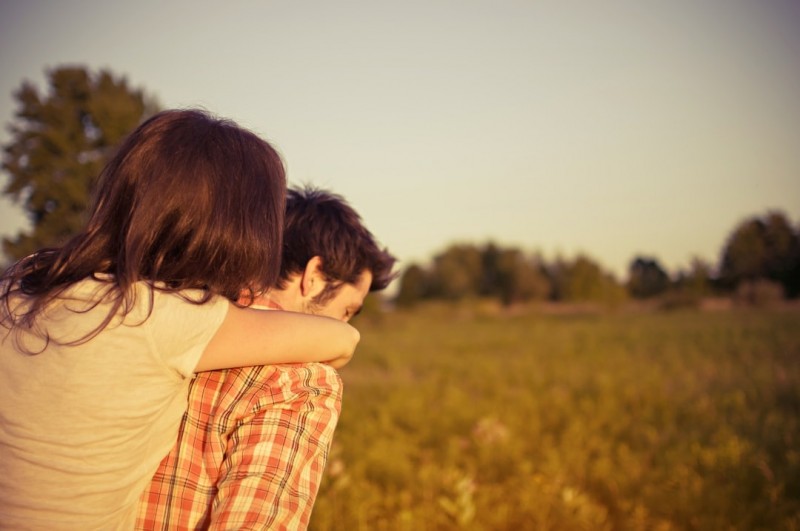 Why intimacy stirs up conflictual emotions?

Creating intimacy with a person, either a partner, a friend or even our therapist, is not always a smooth and easy process for everyone. In this instance, the word intimacy means not only a relationship characterised by physical closeness, as we may spend a lot of time with a person without being intimate with them. For an intimate relationship is meant as an emotional relationship connoted by affection, familiarity, mutual support and sharing of our thoughts and emotions. Being intimate with someone entails revealing our deepest secrets, weaknesses and vulnerabilities: this is the reason why it is sometimes hard to get so intimately close to someone.

The role of our past experiences

Our personal way of dealing with intimacy usually reflects a pattern that we have learnt through experience during our life. Our early-years experiences and relationships seem to affect this pattern the most.

This pattern has been discovered by psychiatrist John Bowlby in the 30’s, who named it attachment style. The original theory has been enriched and expanded thanks to the work of many authors and it still remains the benchmark for understanding people and relationships.

Attachment theory suggests that each of us has its own specific attachment pattern based on deep and established expectations rooted in our infancy, but that keep on influencing us during our whole life.
These expectations include specific beliefs about:

These patterns are usually well recognisable in our relationship history: in our adult life it is indeed very common to find ourselves in relationships where specific patterns tend to be replicated and as a consequence where specific issues are re-experienced.

In the best-case scenario, people with a secure attachment style will choose a “secure-attachment” partner. They will create long-lasting relationships based on trust and where intimacy and independency are well balanced.

But for around 40% of people, the scenario is more complicated as they carry an insecure attachment from their childhood.

Sometimes, as intimacy implies opening up to the other person and showing our weaknesses, some of us may feel intense and conflictual emotions. Indeed some of us may intensely covet being intimately close to a person but at the same time may experience intense fear of being hurt, used or rejected, or intense anger of being so vulnerable, thus the relationship will be accompanied by an intense anxiety. These emotions, if experienced altogether in a close relationship, can be very confusing but if we refer to attachment theory, these reactions are totally understandable.

Ambivalent attachment adults experienced in their childhood unpredictable caregivers, who in certain instances responded properly to their emotional needs and in others did not respond at all. This unpredictability didn’t allow the kid to form a stable image of the caregiver and of himself as love-worthy. As a consequence these kids intensely suffered separation, as they were not so sure if the caregiver would be back, and they desperately attempted to be as close and dependent as possible to the caregiver. At the same time they did not enjoy the time spent with them, as they were already fearing the future departure. This ambivalent attachment is re-experienced in adult relationships: the person intensely swings between being dependent and very close to the partner and feeling angry, jealous, not wanted or rejected.

Another type of attachment is the avoidant style: people who keep distances in relationships as a protective way for avoiding being hurt or rejected.

Even if attachment plays such an important role in our relationships, the good news is that it is not stable. Attachment style can change during lifespan: as Patricia Crittenden theorises, there are particular moments in our development that represent potential shifting points, where attachment can be reorganised towards a more secure organisation.

Change is possible thanks to its acknowledgment, new experiences, new positive relationships and psychotherapy. 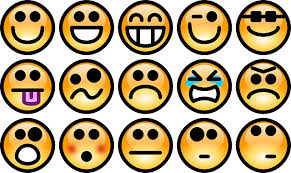 A look into emotions

It is strikingly interesting how past scientific theories on the functioning of the human body have remained so deeply rooted in our common sense.

For example Cartesian dualism regarding the differentiation between body and mind is sometimes still supported; on the contrary, body and mind are deeply interconnected and they should not be considered as two separate entities.  As a matter of fact, our body is littered with receptors that constantly report to our brain the activities of that particular area, in order to grant a better control of their tasks.

Another theory that is usually misleading is Aristotle’s concept that our heart is the centre of emotions; in the last decades plenty of scientific data widely showed how the origins of emotions rely in several and very specific areas of the brain, that activate our body for a very rapid reaction.

Emotions are internal states that accompany us in our everyday life, carrying very important and precious information about ourselves.

Every emotion implies 3 different components: a cognitive, a behavioural and a physical one.

Contradicting Aristotle’s theory, emotions rely in the body as much as in our brain.

In psychology we talk about primary and secondary emotions.

These emotions are called “primary” because anthropologically they have been present since the very beginning of the story of the human being, we share them with primates and they are universally experienced and recognised, as showed by scientist Paul Ekman.

On the contrary, secondary emotions are more recent, as they appeared when our forebears started to live in social groups; therefore they are “social” emotions: guilt, shame, envy, jealousy, …

The ability to recognise one own’s and other people’s emotion, to manage them and to use them in a constructive way is called Emotional Intelligence.

Emotional Intelligence is considered nowadays very important as it seems that it effectively impacts our work performance and our ability to relate to other people.

Many times relational problems are indeed consequences of a difficulty in understanding the other person’s emotional world and relating to it.

Emotions are very important as they indicate our direction in the world and tell us how well we are dealing in achieving our intimate goals.

If you want to read more about why emotions are so important, click here.

If you want to know more about the relation between emotions and eating habits, read: